As an investor, you are always looking for the best and most effective way to grow your wealth. After all, that’s why we are investing in the first place.

But with so many sectors to pick from, which one should you go for, especially if you are looking to expand your wealth?

If you can’t remember – or if you’ve never experienced buying a DVD or using a payphone – that’s because companies such as Netflix and Apple have made these items obsolete, and in the process, completely changing the way we consume, behave, and live.

Streaming services such as Netflix have reinvented the way we watch movies and TV shows, with no need for physical DVDs anymore. And since our smartphones can do everything from making calls to browsing the Internet, payphones have become a modern relic.

The companies that caused this to happen, like Netflix and Apple, are considered disruptive tech companies – companies that create new technologies and new markets by destroying the old ones, creating a new normal while they are at it.

Given the way that disruptive tech companies radically change large, well-established industries and our way of living, these companies’ stocks have a huge potential for growth. And if you are looking for potential outsized growth, this could be the way to go, if you can stomach the risk that comes along with it.

The Appeal of Disruptive Tech Stocks

Disruptive tech stocks are not only changing the investment landscape but also the way the world works. For instance, green technology sectors are at a pivotal point as consumers and society demand more progressive change in the way we use our resources and environment.

For example, President Joe Biden has massive plans lined up to build modern, sustainable infrastructure and an equitable clean energy future. One of his visions is to achieve a 100% clean energy economy and reach net-zero emissions no later than 2050.

The growth outlook for hydrogen power, electric vehicles, and renewable energies turbocharged even before he won the candidacy.

The Invesco WilderHill Clean Energy Index and iShares Global have risen over 30% when President Biden announced his green energy initiatives. Some of its largest holdings include companies like Plug Power Inc, Tesla Inc, and ReneSola Ltd.

Some disruptive technologies are more economically viable. Take, for instance, electric cars. One reason people used to hesitate to switch to electric cars is that the batteries used to be expensive and have a shorter lifespan.

However, companies like Tesla and Porsche actively innovate their cars to decrease charging time and increase battery lifespan. And by improving the efficiency of building these batteries, they are also becoming less expensive to produce. As a result, electric cars are slowly taking over the roads as more people are able to afford them.

The growth of exciting technologies such as electric vehicles that are tailored to be economically friendly has higher growth potential in the future.

In the next 10 to 20 years, everything that we’re doing now will be done differently. Humans will function differently in the sense of the rise of new innovations, energy consumptions, telecommunications, and banking. In order to stay in the loop of the current progressions, some investors want to be involved in a disruptive tech company. These disruptive companies have significant added value to their business and hence why they constantly change and at a rapid pace.

How You Can Invest In Disruptive Tech

If you’re not confident or ready to conduct your own market research and figure out which tech company is going to be the next Google or Microsoft, you can consider investing in disruptive ETFs!

DTEC tracks the index of various global companies that are involved in disruptive technologies focusing on 10 different industries including robotics, fintech, AI, cybersecurity, 3D printing, and mobile payments. The index decides on a company for each subject and equally distributes the securities.

XLK fund tracks an index of S&P 500 technology stocks. The fund prides itself on the narrowed selection of the US technology sector. The selection excludes small and unpredictable firms that result in decreased volatility and increased value of the fund. The fund is mainly comprised of these sectors; Software & IT services, Computers, Phones & Household Electronics, and Semiconductors & Semiconductor Equipment.

FTEC is a passively managed, open-ended investment that aims to match the returns of the MSCI USA IMI Information Technology Index which reflects the achievements of the information tech sector of the US equity market. The fund invests at least 80% of its assets in securities included in the index.

ARK Invest is a company that actively manages ETF with the aim of seeking long-term capital growth by investing at least 65% of assets in domestic and foreign equity securities that revolves around disruptive innovation.

ARK defines ‘‘disruptive innovation’’ as the introduction of a technologically enabled new product or service that potentially changes the way the world works.

When you’re buying disruptive tech stocks, you’re buying into fast-growing companies in their early growth stage that can lead to profits in the future. However, investing in these also comes with a high degree of risk. So, make sure that you’re prepared to weather the heightened ups and downs that come with holding these stocks or ETFs.

This article is sponsored by FUTU Singapore Pte. Ltd. and via their moomoo app you will be able to read up more information on these companies.

Message from the sponsor:

If you’re looking to open a brokerage account to start investing in disruptive tech stocks (or any other stock, for that matter), you can consider investing using moomoo powered by FUTU.

Here’s how you can open your FUTU SG Securities account:

Step 1: Use this referral link, which will redirect you to moomoo’s website.

Step 2: Click on “Claim Now’ and you’ll be guided to create your moomoo ID and download the moomoo app on the App Store or Google Play Store.

Step 3: Once you’ve downloaded the moomoo app, you can open a securities account with FUTU SG through the app. Singaporeans and PRs can sign up using SingPass MyInfo.

Step 4: Once you received a confirmation email indicating that your account has been opened, you can start investing with FUTU SG via the moomoo app!

Disclaimer: This article is meant for information only and should not be relied upon as financial advice. This advertisement has not been reviewed by the Monetary Authority of Singapore. 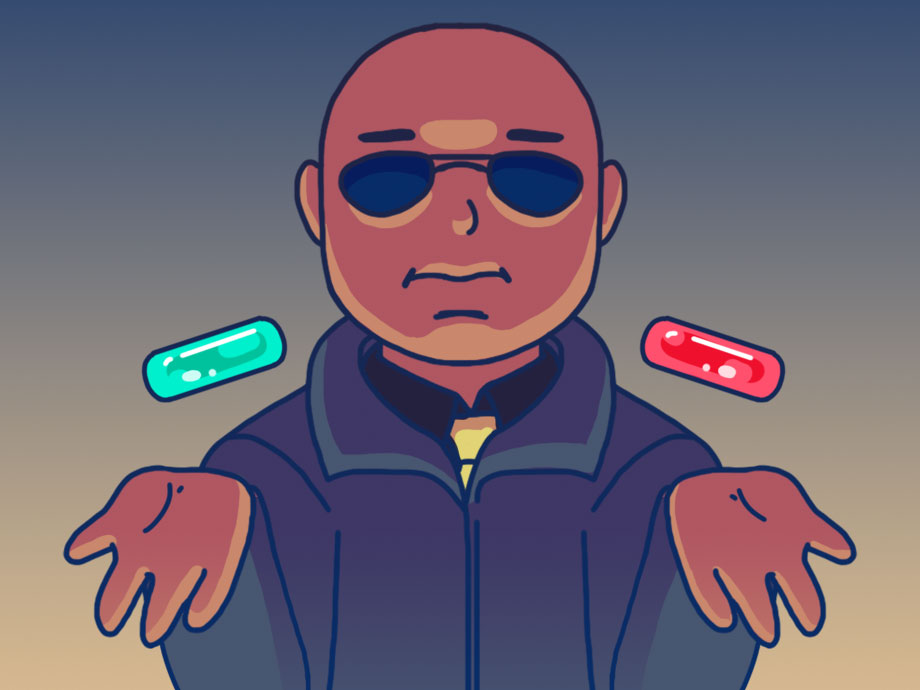 S4E6: Introverts, Here’s How to Ask For the Salary You Deserve