How Much Can You Save Going to a Wet Market? I had my alarm set for 5AM, but the shrill sound only drilled its way into my skull at 7AM.

That was already a failure, first thing in the morning. But I was determined to get out of bed for a singular purpose: To find out how much money one could save at the wet market.

After all, grandmas and grandpas rise before the sun to attend these daily gatherings, fueled by determination to buy the cheapest, freshest produce around. And if these retirees could do it, then why couldn’t I?

And it’s known that produce and meats sold at the wet market are generally cheaper than what you’d get at the local supermarket. To save those extra dollars, I would have to go the distance – because nothing good is ever easy, and nothing easy is ever good.

At around 7.45AM, I emerged from the flat and began to make my way to the nearby wet market, beneath a blazing sun. By the time I got there, the market was thankfully still bustling and thriving. Retirees were milling back and forth with determination in their eyes and picking their groceries for the day. Acting with equal enthusiasm were the market vendors, attentively waiting for the next potential customer to look in their direction, before reeling them in. And I was to be one of them, even if I wasn’t planning to buy anything that morning. At the very least, I was taking notes for the next time I’d come by, right?

Going through all the meats

I started first with the meat vendors, and went straight to the stalls that were selling pork and chicken. The uncles were friendly enough and introduced me to their great prices, listed below:

Something I noticed then was that there was a wider variety of pork parts at the wet market compared to supermarkets. So here, you’d be spoiled for choice – if you arrive early enough, that is. One good thing, at least, was that there was still a huge abundance of chicken and pork despite my tardiness. It was a relatively small wet market in Kovan; perhaps it’ll be different for a bigger, more popular wet market like the one in Tiong Bahru, or Senoko Fishery Port.

I moved on to the more expensive meats after that, namely, beef and mutton. At my wet market, there was only one stall each for beef and mutton, so there wasn’t a chance for me to move around and make further comparisons with other vendors and butchers.

In comparison with supermarket selections, the prices you get at a wet market are obviously way better. And there’s also one more thing you can get from wet markets that you won’t get from supermarkets: solid advice.

The kind makcik tending the beef stall offered me advice on different beef parts, proving that she really knew her stuff. For example, ribeye is “much easier to cook.” If you wanted tenderloin, then a tenderiser would be necessary for the best results.

Similarly, the uncle selling mutton advised me which parts of a lamb leg could be taken away when spit-roasting it for a barbecue. You don’t actually have to roast the whole leg! Try asking supermarket staff behind the counter in the meat and poultry section for similar advice.

Now came the time to enquire about greens and fruits. By this time, I had almost combed through the entire wet market, and it looked like the old uncle and auntie vendors were beginning to recognise me. There was a problem: I hadn’t actually bought anything yet. I was otherwise still relatively empty-handed.

I would soon learn why it was a problem.

I spoke to several vendors and asked for prices for each type of vegetable, since unlike fruits there were no signs to tell you unless you actually approached them for this information.

“Uncle, are these prices always better than supermarket prices?” I asked one vendor. He responded with, “Of course!” and proceeded to watch me as I picked through the produce laid out all around us.

I got through about five or six types of vegetables before he realised that I wasn’t actually going to buy anything – at least, not from him today. You can imagine the awkwardness I experienced when he told me that he knew I wasn’t going to buy from him and promptly turned away from me. Just like that, the door had closed up!

Thankfully, I managed to make some decent comparisons, despite that harrowing experience. A kind stall owner even gave me a discount of 10 cents when I bought garlic cloves from him – for no reason at all!

Here are some comparisons we managed to make that day:

Something I discovered was that the fruits at the wet market were considerably much larger than what you’d find at supermarkets. Fruits like mangoes and dragonfruits came in bigger sizes, and seem more worth the money.

On the other hand, vegetable sizes may not vary as much between the two places. I figured that it would be up to a person’s prerogative what they would rather have – whether that’s convenience or getting more value for money. Just before leaving the wet market at the end of a very hot morning, I decided to make one last push for valuable information – and asked these vendors for tips and tricks when it comes to playing the wet market game.

One vendor told me to always come as early as possible, from between 6AM to 7AM, so that the freshest vegetables and meat would still be up for grabs. During the Chinese New Year period, going even earlier is probably in your best interests – unless you want to come home empty-handed. In other words, you snooze, you lose!

When I asked about bargaining, I was told that generally, it’s near impossible to bargain for the price of fish or other meats. However, there’s a chance you can do so for vegetables if you’re certain the price is slightly higher than usual.

And don’t be fooled by just one wet market’s prices – chances are, you’ll be able to find better bargains across different markets for different types of food and produce. Some retirees are gungho enough to travel to multiple markets just to buy what they want at a decent price.

Is it worth it, waking up at the crack of dawn to head down to a wet market just for better prices and fresher meat? It might seem worth it to head to a wet market for meat rather than for fruits and vegetables, since the price differences are larger when it comes to stuff like pork and beef.

To some of us, it might not matter all that much. But if you’re looking for more ways to cut down your monthly expenses, then changing your grocery habits may help to shave off a couple more dollars every month. To Save Money, They Decided on Living in JB 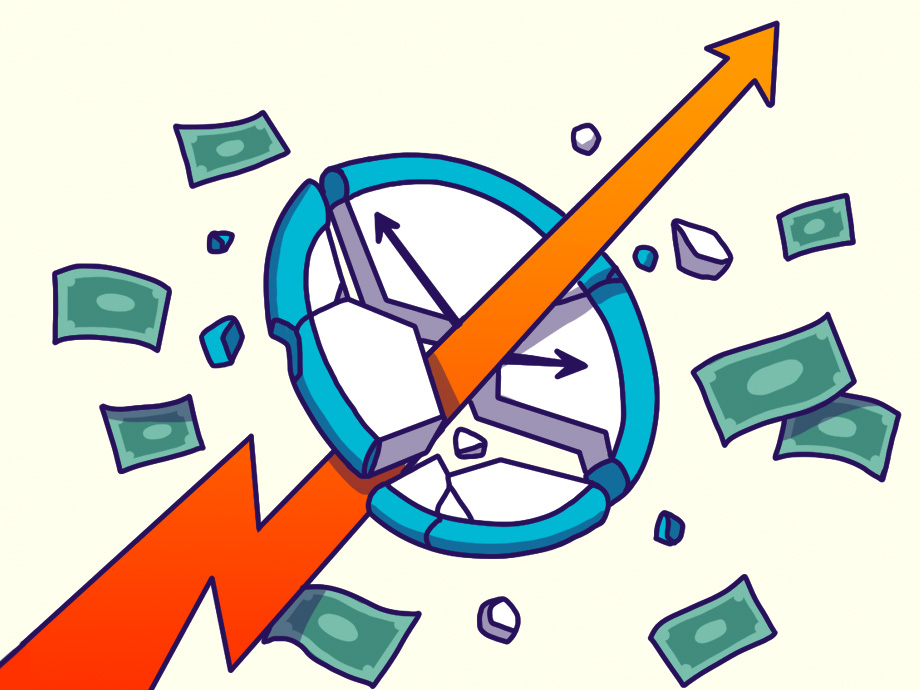