I Swiped Right on Insurance Agents to Catch Them Red-Handed 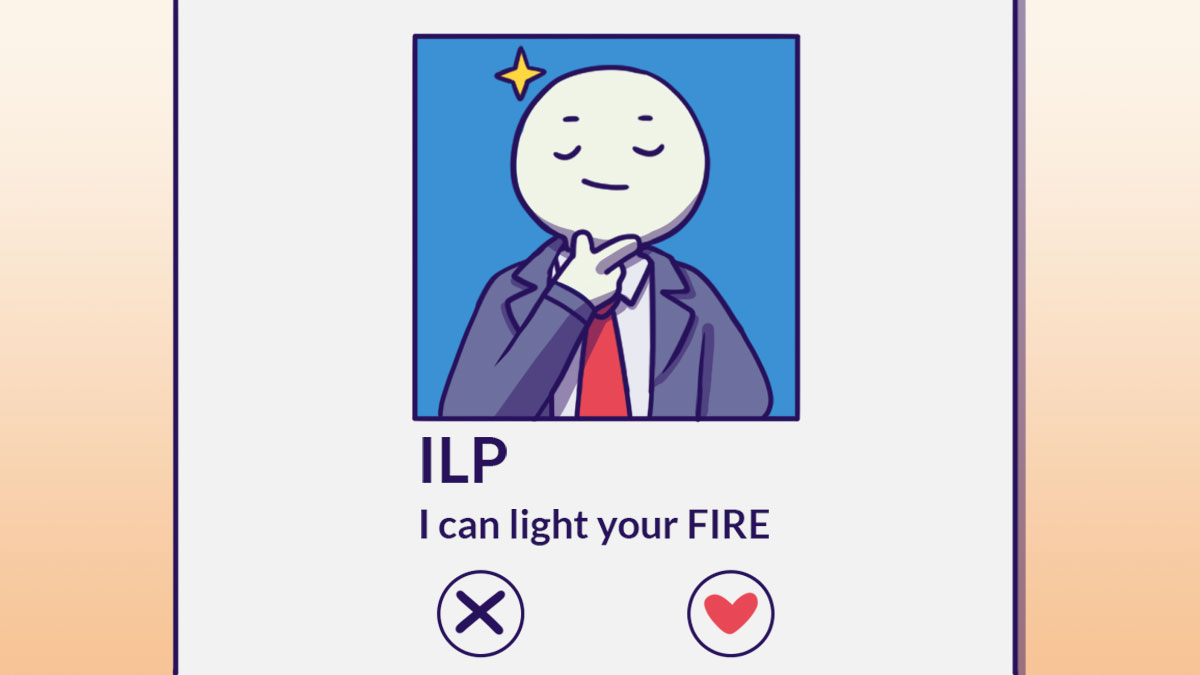 It’s widely known that insurance agents lurk on dating apps like Tinder looking for love of a different sort.

By that, I really mean they are looking for some love for their insurance policies

People have been baited into “dates”, only to be disappointed to see insurance-bae, trying to dig up dirty financial details.

I decided to do the only rational thing: to catfish the catfishes, and ask them why they do it, and share how one can deal with such an unfortunate date.

Spoiler: It didn’t go the way I planned. Both times.

I worked Tinder like a dog for nearly three weeks, swiping left and right (look, I still get to choose) for profiles who gave off even the slightest hint of an insurance agent.

Most of my matches turned out to be ordinary Singaporeans looking for a genuine connection. Unfortunately, I wasn’t interested. There was no time; I had deadlines, dammit!

Was it worth the hundred times I’ve had to tell people what I do for a living, what I liked to do on the weekends, what I wanted out of Tinder?

I was ready to quit the scene.

And then I met a girl. 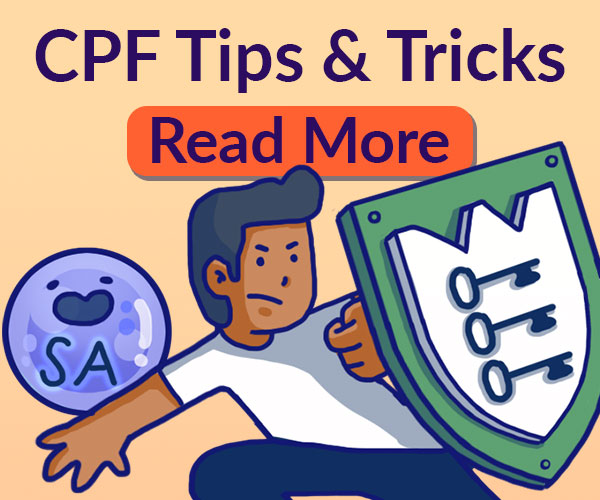 Wait, Isn’t This a Real Date?

We’ll call her Alice. We got on like a house on fire, and it didn’t even occur to me that she might have been an agent until I asked her what she did for a living.

I had never moved faster — and asked her out. She said yes, and before I knew it, we were having dinner. Surprisingly, it was free of awkwardness; we talked about ourselves and traded horoscopes (as one does), until I steered the conversation towards my goal.

“So, do you use dating apps to prospect and get clients?” I made the first shot.

She gave me a strange look, then leaned back. “No. I don’t do that. I just get on the app to meet new people. I like meeting new people and getting to know them.”

My shot missed, and my heart sank. I’d gotten myself into a real date.

I felt bad, so I did what anyone else would do. I went through with the date and got slightly drunk by the end of it.

Ah, well. It wasn’t likely that I was gonna get it right the first time. Plus, she was pretty.

Not long after, I met a guy on Tinder. We’ll call him Jason. He caught my eye because he’d left it open on his profile that he was an insurance agent at a certain company in Singapore.

And, surprisingly, after we matched, he immediately asked me for my thoughts on financial advisors. I learned quickly that he was an open and candid person, especially about his job, and that got my attention.

No, not THAT candid.

In our chat, he asked for my opinion on agents. “Insurance agents are just doing their jobs,” I said to him. “until they start shoving things down people’s throats.” (I know.)

We very quickly fixed a date, I think both of us were trying, and failing, to not look too desperate.

When we met, Jason was shy and skittish. He started by asking me questions about myself, where I studied, and where I was working. I fielded his questions and asked him in return, “Have you sold insurance policies to a lot of people from Tinder?”

Astoundingly, he said to me that his success rate was 100%. “So everyone does it then?” I asked him.

“Actually, we’re not allowed to use dating apps to prospect and get clients,” he said frankly. “Our bosses advise us against it.”

“But you’re still using it.”

He shrugged. “A lot of others do… and anyway, I’m also single.”

It was then that I noticed that he was leaning closer. I leaned back. That was when he asked me if I was looking for a boyfriend. I tried to play it off and acted coy as I gave a yes/no answer, and threw in a giggle to sell it.

But at that point, I was beginning to feel a little wary and considered aborting the mission, and it probably showed on my face.

“Err, look,” he went on, perhaps sensing my distress, “I’m actually going to ask you about your financial stuff, you know that right?”

Relief washed over me. “Yes…”

“Good, good. So your health is okay?” he asked. “Where do you usually go for checkups and stuff?”

I told him which polyclinic I went to. He grinned and was suddenly velvet-voiced as he said, “Oh, that one. I live right across from it.”

I squinted at him. “Does that matter or something?”

He blinked, unable to deal with the confrontation. “Uh — no! No lah,” he said, waving the accusation. “Just asking only.”

I never thought I would say this, but blessedly, he changed the subject and started asking me about my current policies.

Let’s be real: insurance agents who tinder-date to look for clients are downright unethical.

This is especially true if you — the unknowing prospect — are a virgin to the dizzying world of insurance policies. You might be quickly overwhelmed by questions like, how much life insurance do I need? What the hell are all these different plans? Should I invest in this investment fund that insurance-bae is telling me about?

And if you don’t know the answer, insurance-bae will likely be the one making a recommendation.

The question is this: Will you trust someone that just catfished you to provide ethical financial recommendations?

How to Spot an Insurance Agent in the Wild

Naively, I thought that it would be easy to spot an agent on the app. After all, they’re always in blazers and sporting perfect coifs, and seem to have to stand with their arms crossed.

But I can tell you now that’s not true. The two I got looked nothing like that in their profiles.

Well, two of the most common ways you can suss one out is the fact that they’ll keep asking you probing questions about your background and that they’ll defintely ask you out — just a bit too quickly.

One useful litmus test is you asking them about their occupations. Like Alice, if your hottie is reluctant to reveal their vocation right away, then you might want to tread carefully.

Of course, some are sneakier — and a lot smoother — than the others. You might even be charmed into a first date without a second thought. What then? “I just couldn’t wait to see you, you know…? Now… about your finances…”

What do you do, then, when you’ve been wrangled into a date (or two), and the agent has successfully cornered you and is hard-selling a life policy?

After all, we Singaporeans are uncomfortable with confrontation and making a scene, so it’s understandable that some of us might find it hard to say “NO”, and throw a drink at their faces.

But here is where the law can step in to save you. And no — I don’t mean calling the police.

There is a mandatory free-look period for most policies (but not all policies!). If the clause is present, this means you can simply cancel an insurance policy within 14 days of signing up, and get a refund.

So if you’re backed up against the wall and your insurance agent not-boyfriend is waving his iPad at you, one viable solution would be to check if there is a free-l00k clause present, agree to go along with it, then cancel that policy as soon as you get the chance.

You can do this by writing to the insurance company, and the insurer will refund the premiums paid.

But take note, some other expenses incurred such as medical screening fees, might not be refunded, so try to tactfully ask insurance-bae what is non-refundable.

Caution: This free-look method does not work so well if the policy is investment-related, as you might incur non-refundable investment fees. Furthermore, the market value of the selected investment funds can fluctuate; you could be refunded less than what you paid.

So in summary, don’t sign any investment-linked policy and try to free-look it, but the rest is fair game.

Cos hey, your date tried to dupe you first. How Much Life Insurance Do I Need?

How to Escape a Not-Date

Maybe you don’t even have the patience to wait it out so you can make use of that free-look period. Maybe you’ve just had enough of accidentally dating insurance agents, and you want out now.

But you’re physically unable to say no.

Well, you could consider asking a friend to give you the classic emergency call. Or you could schedule the date preemptively in a crowded place so that if you wanted to leave, the insurance agent can’t force you to stay without causing a scene.

Better yet, schedule another event right after your date to put a time limit on it, and tell the other person before you two meet and sit down. That way, it won’t look like you’re just springing something on them to get out of this tricky situation.

Anyway, back to Jason. He tried to sell me a savings plan and an investment-linked plan but didn’t push when I told him no (phew).

But then I pulled out my wild card, and I asked him to tell me about a term life insurance plan.

To be clear, the only reason I did this is that a term life plan would be a straightforward claim to make directly with the insurer — my next-of-kin would not have to worry about relying on insurance-bae during the claim process.

So yes, I actually needed some insurance coverage, and I also had an article to write. So Jason and I both got what we wanted.

And what do you know? I guess he still has that 100% success rate. This Is Home, Truly: LGBT+ Folk on Living Long-Term in Singapore