As graduation day looms, it’s inevitable that a Singaporean undergraduate’s mind will turn to career woes. After all, we’re no longer hitting the books – now we’re bringing home the bacon. And that takes money – but do we know what our starting, fresh graduate pay should be? Questions surrounding money are common.

How much should I ask for when I meet my first potential employer?

How much is too much? Am I asking for too little?

To add fuel to fire, we have to decipher annual graduate employment surveys (GES), depending on which university we come from Angele, 24, graduated from Singapore Mangement University (SMU) as a business and marketing major.

“Before I graduated, I looked up the latest grad employment survey,” she said. The projected salary was $3,500, she recalled.

Angele’s first full-time job as marketing executive gives a salary of $3,300 – not too far off from reported numbers. She was never told that her asking price was too high.

“When I was looking for a job, I had two other offers that had a similar compensation package too.”

SMU is one of the local universities that take part in the GES released by MOE. It’s pretty comprehensive and informative, featuring pay scales for various faculties across schools.

Except one thing: not all universities feature in this survey.

Though SUSS (formerly SIM) is a recent addition to last year’s GES, private uni students still struggle to figure out their starting pay – especially those who are graduating from courses that do not have strong industry demand.

Temperance, 27, is a feature writer. She graduated with a Bachelor’s degree in Sociology from the University of Buffalo (via SIM) in 2015.

She researched possible salary ranges using “lots of conjecture from NUS and NTU figures before scaling down” and also, reading Reddit, before deciding on $2,200 to $2,500.

But an interviewer laughed at her for requesting $2,500. “It was too high for him. I thought it was reasonable,” she reflected.

The difference is staggering between expectation and reality, even though SIM’s Class of 2014 was reported to have an average gross monthly salary of $2,766.

Temperance reflected, “Sociology isn’t profitable; it’s not valued in Singapore. The pay I got made me feel like I should have gone on to take another course.”

Even arts and humanities graduates from the local universities didn’t fare that much better, reporting a 69.8% to 71.2% permanent employment rate among its graduates in 2018.

You may have seen headlines trumpeting $3,500 graduate salaries, but can we really just take these numbers at face value?

To find out, we talked to three working millennials to ask about their experiences – and asked them about their fresh graduate pay.

After the fifth time eating Maggi noodles for a week, better salaries made more sense. Especially living in Singapore.”

I asked her for her best advice to graduates in her field who are looking for high pay. “What are you talking about?” she joked, no advice forthcoming.

To Temperance, local university graduates seem to be much better off. “They’re more recognised. Companies might lowball graduates from private universities.”

Vanessa, 24, is an Australian university graduate who works in arts events who has a similar opinion. Her first drawn salary was $2,200, though she expected $2,500 (again, based off conjecture).

She “started looking into government jobs” not long after getting her first job, citing reasons like job stability and better compensation.

“Don’t get into the arts, and don’t freelance,” Vanessa half-joked.

But is it really impossible to figure out your starting pay as a non-local university graduate in the arts?

Temperance has some advice: “Talk to seniors who work in the same industry. And pay attention and listen to what employers are saying when you ask them for a price.”

One thing’s for sure: don’t depend solely on the median amounts you see splayed across newspapers. The accuracy of this data depends on your field or industry. Finance, IT, and business, ever-thriving, can offer competitive rates, even for entry-level jobs due to hot demand for skills.

It’s a different story for those who have fallen through the cracks: private/overseas university graduates, and those intending to find a career in the arts.

But there’s still hope, and it begins with understanding your needs before all else. For people like Temperance, she realised quickly that $1,320 a month wasn’t going to cut it. Her game plan at the time?

“It was always going to be a temporary job until I learnt how to write better,” she said. “Being in marketing allowed me to develop my writing, so I worked with the end in mind – to get a better job.

“Which I did, eventually!”

Handy tips for the job hunt:

How did you fare in your first job, salary-wise? Was it way too much (I hate you, by the way) or too little? Let us know on social media! How Do You Get Hired Without Experience? We Asked Four Managers Podcast Roundup: In This Recession, Are Fresh Grads Doomed? (Episode 6) 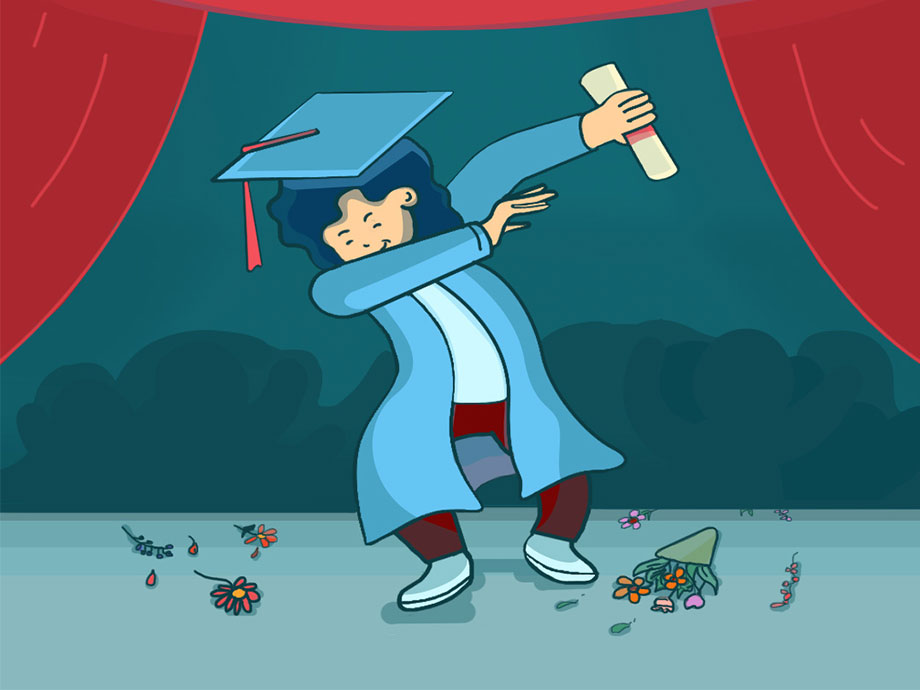